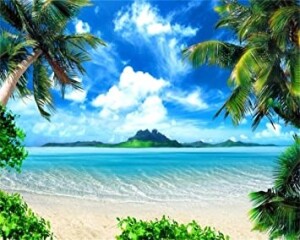 Astrel Salomon was born on January 23, 1956 in Port-au-Prince, Haiti to his late parents, Marie Vesta Lola Michel and Joseph Prudent Salomon, Sr. He grew up in Haiti alongside his 3 brothers, 2 sisters and 3 additional siblings on his father’s side.

Astrel completed his primary and secondary education at Saint-Louis de Gonzague. He attended Collège Canado-Haïtien in Port-au-Prince, Haiti and graduated with his high school diploma. Afterwards, Astrel left his home country, relocated to New York, and earned his degree in Business Administration at Baruch College, The City University of New York. Interestingly, he was given a wonderful opportunity to study abroad and attended the University of Salamanca located in Spain. Upon his completion, he could proudly speak 4 languages fluently: French, Creole, English and Spanish.

Astrel married the love of his life, Danielle Salomon on October 27, 1989. He has three children: a son named Ashley Prudent Salomon from a previous relationship and two daughters, Danastrel Salomon and Adara Liane Salomon with his wife Danielle.

Astrel was a very family-oriented individual. He attended St. Joseph’s Church with his family every Sunday. He enjoyed traveling, exercising, listening to Haitian, American and Spanish music, watching politics, sports and action movies.

Astrel worked for Exquisite Home Products, a private company in Bloomfield, New Jersey for over 20 years as a Marketing Manager.

Astrel was a protective brother, compassionate uncle, devoted husband, loving father and proud grandfather. Anyone who had the pleasure of knowing and meeting Astrel would describe him as a person who was “full of life”, authentic, friendly, energetic and outspoken.

Unfortunately, Astrel passed away after a hard-fought battle with cancer on September 30, 2021. He will be remembered as a well-dressed man, his love for family, his positive mentality and living a healthy lifestyle.

If you would like to send a flower arrangement to the Viewing or Service, please be aware that the deadline for ordering through our online portal is: TUESDAY, OCTOBER 12TH AT  2:30 PM; ANY ORDERS PLACED AFTER 2:30PM WILL NOT BE PROCESSED.

To send flowers to the family or plant a tree in memory of Astrel Salomon, please visit our floral store.

A Memorial Tree was planted for Astrel