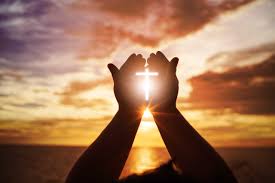 Islande Pierre, daughter of Marie Eunide Edmond and the late Francois Pierre, was born on March 25, 1978, in Croix-des-Bouquets, Duval in Haiti. She was educated within the Charloten School, and it was during these formative years she took a strong interest in being a salesperson, following in her mother's footsteps at the age of 16. Islande grew up in the Baptist church. It was in church, that she met her first love and boyfriend, Lony Remy who soon after became her husband. Together they had four children: Nickendy Pierre, Islandie Pierre, Lourdena Pierre, and Roudlerson Pierre.

At the age of 22, she took in Francoise Pierre and Christela Pierre and raised them both as her own. Although, she did not get to live to see her children bare her grandchildren, thankfully she got to be a grandmother when Francoise bore both of her children, Mertens Jeudi and Mikayla Jeudi whom she loved with all her heart. She had a great relationship with Mertens.

Islande was a salesperson up until she left Haiti to come to the United States to be with her sister Carline August, who brought her alongside her children, sibling and their children on March 27, 2012, in hopes of a better life. In 2018 she found an occupation at Hilton Hotel where she worked for several years all while being ill. In 2019, she later moved to West Orange and lived there up until her death.

Islande was kind, caring, loving and pure hearted, she loved everyone. She didn't have to know you to lend a helping hand. She would give her last to anyone. Even when she was unemployed, she would always find her way to send money or clothes to her friends and family back in Haiti. She refused to see others suffer in her presence. Islande was a God-fearing woman, and she raised her children to love Christ just as much if not more than she did.

Islande peacefully departed this life on April 3, 2022, at 3:47 AM in her home in West Orange, New Jersey with her lovely children by her side. Although she lived a short life, she was blessed with more responsibilities earlier than some and handled it gracefully and never complained.  She strongly believed that “God gives, God takes” and so God called her Home. May her soul rest and may her legacy continue to live on through her loved ones.

If you would like to send a flower arrangement to the Viewing or Service, please be aware that the deadline for ordering through our online portal is TUESDAY, APRIL 12, 2022, AT 2:00 PM; ANY ORDERS PLACED AFTER 04/12/2022, 2:00PM WILL NOT BE PROCESSED.

To send flowers to the family or plant a tree in memory of Islande Pierre, please visit our floral store.


Video is available for this event