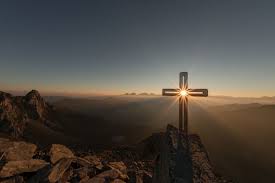 Lena Jasmin was born on February 11, 1936, in Cap-Haitian, Haiti to the parents of the late Adrienne Andre and Antoine Charles. After graduating from high school, Lena furthered her education to pursue her passion for teaching. Lena taught elementary school for more than twenty years.

Lena met Francois Jasmin, they fell in love, married and moved to Acul-Du-Nord where she continued to teach. This beautiful union between Lena and Francois brought forth Blessings of two children, Nirva N. Jasmin and Fred F. Jasmin.

While still teaching, Lena always made time to enjoy herself by doing the things she loved. The things that brought her joy were travelling, shopping, cooking, spending time with friends and family, making phone calls to those she was not near to make sure they were doing well. Lena was a very compassionate person. Her spirit and laugh were contagious, touching those lucky enough to know her.  In August 1980, Lena made the decision to move to the US with her children joining her later. Once in the US, she began her career in hotel management until retiring in 2001.

To send flowers to the family or plant a tree in memory of Lena Jasmin, please visit our floral store.