Share a memory
Obituary & Services
Tribute Wall
Read more about the life story of Pierrevilus and share your memory.

Pierrevilus Pierre was born on January 01,1943 in Bois-corne, Dessalines, Artibonite Haiti.  He was the first son of Erilus Pierre and Isabelle Cineus, both deceased.  Pierrevilus spent a good portion of his life in his hometown. He was a very hard worker. He enjoyed working on a plantation.  Pierrevilus left Haiti in 1982, to the United States in search a more prosperous life for himself and his family. When he arrived in the USA, he established himself in New York for the first couple years, then he moved to New Jersey; where he spent the rest of his life.  In 2006, he brought his family to the United States.

Pierrevilus highly valued his children education and well-being.  He was always there for his family and friends. He enjoyed spending time with his family. Pierrevilus retired in March 2017. In August 06,2022, Pierrevilus went to Haiti in his hometown for his usual retirement trip. Three months later, after experiencing some discomfort, on October 26, 2022 he was rushed to the hospital in Saint Marck.  On November 02,2022 our beloved husband, father,brother, friend and counselor passed away in the hospital. Pierrevilus will be profoundly missed by his family, friends and everyone who knew him.

Pierrevilus will forever be remembered.

To send flowers to the family or plant a tree in memory of Pierrevilus Pierre, please visit our floral store. 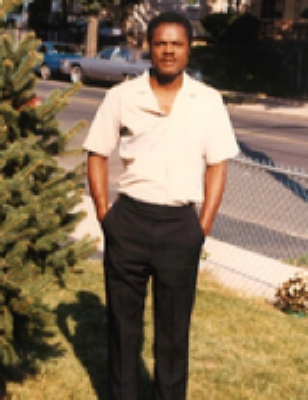