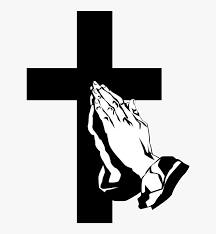 Saint Anne Clement Joseph was born on July 27, 1926, in Haiti and was the daughter of the late Delicate Odige and Clement Joseph, both of whom were farm workers whom she unfortunately lost at an early age.

As the eldest of six daughters, Saint Anne followed in her parents' footsteps and learned to farm to help her family.  Despite no formal education, Saint Anne was very intelligent and adept at commerce, often selling and trading items grown on the farm for profit.  Saint Anne was fierce in her bartering and negotiation skills and was known to be a person that you could not take advantage of.

As an adult, Saint Anne had nine children born to the late Exalien Previlon in whom she instilled hard work, discipline, and a love for farming.  Saint Anne raised her children with tough love in wanting the best for each of her children.  In addition to having love for her children, Saint Anne truly loved her hometown in Haiti, and would often spend her summers there after emigrating to the United States.  She was part of a hometown group called (ansam ki ble), a group of horse riders who would entertain and bring joy to the town by parading around at all town events.

Seeking better opportunities for her younger children, Saint Anne eventually emigrated to the United States where she resided with some of her older children.  While in the United States, Saint Anne was instrumental in helping raise her grandchildren which provided opportunities for her children to work and provide for their families.  Affectionately referred to as “Grann”, She also was tough with her grandchildren because she loved them and wanted the best for them.

Saint Anne peacefully departed this earth on June 2, 2022, from complications of a stroke suffered on July 15, 2021.

Saint Anne was the eldest of her family and was preceded in death by her five sisters Saint Flora, Clerisane, Marillia, Civil, and Marie-Carme, paramour, Exalien Previlon, and children Denizard Previlon, and Francoise Simon.

If you would like to send a flower arrangement to the Viewing or Service, please be aware that the deadline for ordering through our online portal is THURSDAY, JUNE 16, 2022, AT 2:00 PM; ANY ORDERS PLACED AFTER 06/16/2022, 2:00PM WILL NOT BE PROCESSED.

To send flowers to the family or plant a tree in memory of Saint Anne Clement, please visit our floral store.

A Memorial Tree was planted for Saint Anne