Share a memory
Obituary & Services
Tribute Wall
Read more about the life story of Victoria and share your memory.

Victoria Pierre-Louis Benoit, on November 16, 2022 passed away surrounded by her children and grandchildren.  Born on August 19, 1936, in Port-au- Prince Haiti; Victoria Pierre-Louis Benoit went to elementary school from 1943 to 1950 at the sisters of BEL AIR. She graduated from High School at Jose Marti in 1957.  She met her late husband, Pierre Louis Benoit through a mutual friend in 1963. They got married the next year on April 11th, 1964. From this union were born five children.  During her maiden years, she was dedicated and very passionate about her professions; she was successively a seamstress and schoolteacher. Later on, after her marriage to her late husband, she took pride in raising her children and in being a homemaker.

In November of 1979, she decided to move to the United States in order to pursue new opportunities. Initially she spent two years in Florida, then decided to move to New Jersey where she obtained her CNA license and worked as a Nursing Assistant at various nursing homes throughout the North Jersey area, and also as a Home Health Aide.  Missing her children, she applied for them to join her in the USA. A desire that materialized in 1992, with the arrival of her two youngest children, followed three years later by the three elders.  She partially retired in 1999 while continuing to work part time as a home health aide until her complete retirement in 2000, at which time she moved to Florida to enjoy retirement in a warmer climate.

Vicky, as she was known to everybody, had a very joyful personality, very affable, she made friends easily, always the life of the party. She was loved by everybody she met, even after the first contact. She had a big heart, always caring for anyone in need whether emotionally or financially.  She was a woman of strong faith, a member of the liturgical committee, a Eucharistic minister, a lector. A trusted member of the charismatic prayer group, and a member of the church choir at St Peter Claver Church, which she had joined as soon as she moved to New Jersey.

She always was nourishing her spiritual life by occupying her mind with something pious, like praying, reading and meditating the word of God, and watching mass on TV or various spiritual shows on EWTN. Most importantly she assisted mass every day until she was no longer physically able.  During her later years, she kept her spirit up by constantly praying and praising God, and spending time with her children and grandchildren. She will be sorely remembered and missed by all who cherished her presence.

Her passing has left a big hole in the heart of many. A hole that may never be filled.  She is survived by her brothers and sister: Voguel, Anderson, Schiller and Emmanuel Pierre Louis, Marie Josee Sagget.

We praise and thank our Lord Jesus Christ, for joyfully receiving his daughter Victoria Benoit in his glory. Amen

If you would like to send a flower arrangement to the Viewing or Service being held on Friday, November 25th, 2022, please be aware that the deadline for ordering through our online portal is Wednesday, November 23rd, 2022, AT 2:00 PM; ANY ORDERS PLACED AFTER 11/23/2022, 2:00PM WILL NOT BE PROCESSED.

To send flowers to the family or plant a tree in memory of Victoria Benoit, please visit our floral store.


Video is available for this event 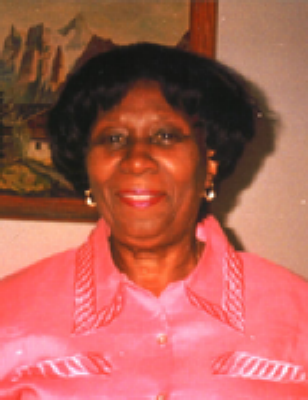